Cosplayers are a staple of almost every convention, and cosplay is becoming a larger part of mainstream society as a whole. While there are a growing number of cosplayers with large online followings, many do not think of what the people under the costume do outside of the convention circuit.

With 50,000 plus Facebook followers, Cara Nicole Trujillo, better known as AZ Powergirl, is using her following as the base of her campaign as the Green Party candidate for Arizona State Legislature.

“In all honesty I didn’t want to run for office, however I have always been involved in public service,” Trujillo said in an email interview. “I’ve done charity event as a cosplayer, donated art, worked with the Boy Scouts and Cub Scouts and more.”

Being unhappy with the other candidates running is what spurred Trujillo to start her own campaign.

“We had a decent group of incumbents and I was good with that,” she said. “Then suddenly it all changed. We need people in the Legislature who care about the people of our state.”

One of Trujillo’s biggest concerns in running for Legislature is working on reforming family law in Arizona.

“Family court is one of my biggest issues,” Trujillo said. “The current system is setup to bleed families of any money they have using the children as pawns. It’s a crazy system. People who work for the courts get paid while our judges are overworked and the families are put through Hell. This is in no one’s best interest.”

While most don’t see an overlap between cosplay and politics, Trujillo has a somewhat humorous view on how cosplay prepared her for a new arena.

“People say mean things about cosplayers and politicians,” she said. “I do think that cosplayers get to wear better clothes.”

Early in her campaign, Trujillo had a TV interview with Mark Curtis of 12 News in Phoenix, which seemed to focus a lot on her cosplay looks and brought some backlash upon the anchor on Facebook.

This brought up the question of Trujillo’s thoughts on people who may judge her based on her choice in costumes and career. 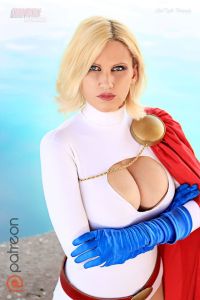 “I think that if all you can complain about is my cosplay, you have a weak argument,” Trujillo said. “Do you ask the firemen saving your life if they cosplay? What about the nurse caring for your dying child? I personally know these people. If you are concerned about cosplayers the problem is yours and just downright ridiculous.”

Trujillo also doesn’t see any type of conflict between working as a cosplayer and working in the State Legislature.

“Conventions are on weekends and legislative sessions are weekdays,” Trujillo said. “Because I work for myself I am much better suited to do this job than many other people. I don’t have to worry about losing a day job to the Legislature.

“When this country was founded, many of our government positions were intended to be for the layperson. House of Representatives is one of those. It doesn’t pay well because it is a part time job.”

Trujillo is running on the Green Party because she believes the people want more outsider candidates who are free from political influences and big money.

“We have enough lawyers and career politicians. I just want to make a difference. I want to be the voice of the average person who is tired of having their rights taken away.”

For more information on her campaign, well as an expanded look at her views, visit Cara Nicole Trujillo’s website at https://azpowergirl4u.com/

Copyright © 2021 Create a free website or blog at WordPress.com.